TULSA, Okla. (Nov. 19) -- There's an old adage in racing that's apropos for the 2015 season of Keith Haney and his Keith Haney Racing team: "It's not how you start, it's how you finish."
Haney's Lucas Oil/RacingJunk.com Pro Nitrous Chevrolet Camaro closed out the year with quick elapsed times and high speed, capping a second-half surge that made him a consistent contender in the Professional Drag Racers Association. 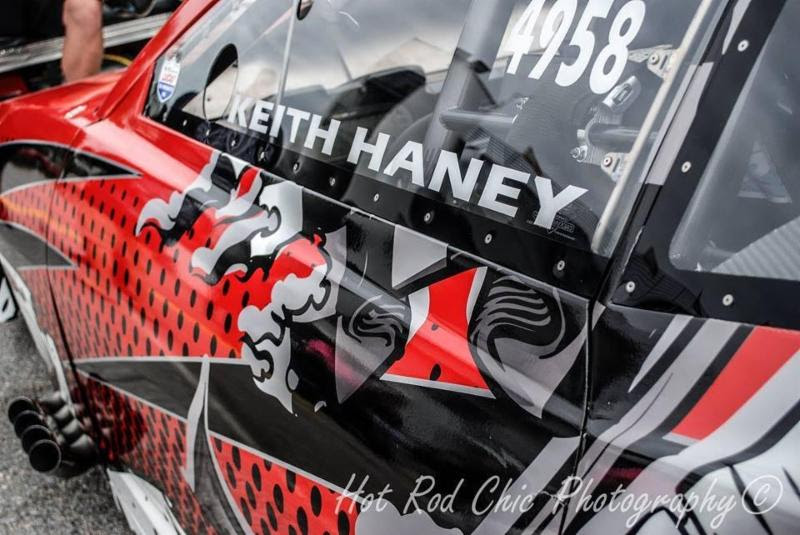 "I could not be any happier with the way things ended, other than I wish I would've won," Haney said. "I wish we would've found the last half of the year at the beginning of the season. We would've won some races then."
Early in the year, Haney struggled with an older-version engine, and his team didn't perform at a high level, but after an upgraded Reher-Morrison Racing Engines powerplant, Haney became one of the quicker Pro Nitrous drivers in the series.
"It was the worst start to a year you could ever have," Haney said. "We started the year in Dallas and had to rebuild a motor three times there, four times in Rockingham -- just stupid stuff. The first four races we thought, 'Why are we even out here?'
"But we stuck it out, and we got our new motor in St. Louis. That's where I raced Travis Harvey and went 3.76 at 201 mph -- my quickest e.t. ever -- and he goes 3.70 on me."
Despite the loss, Haney knew he had an improved race car. The following week in Martin, Mich., he made a rare mistake on the starting line that spoiled his chances of success there, but his confidence didn't wane.
"After that, we rocked and rolled," Haney said. "We came together as a team, and the little mistakes we used to make stopped. It's all about the team. One little mistake from the team can cause a big problem. The team that makes the least amount of mistakes is the most successful. I couldn't be happier with my team and my year."
The culmination of the latter stages of 2015 came in the PDRA World Finals at Virginia Motorsports Park. Haney qualified No. 3 after a career-best pass of 3.740 seconds at 200.68 mph, and he raced to the semifinals. If not for Steve Jackson's event-best run of 3.705 seconds at 202.61 mph, Haney could have raced for the victory.
Haney is quick to give credit and thanks to his longtime sponsors, Lucas Oil and RacingJunk.com, and to his race team of Brandon Pesz, Brandon Switzer, Randy Hancock, Dale Hancock, and Andrew Arnold.
Haney is excited for the future, too, with his team and with Osage Casino Tulsa Raceway Park, which hosts the 2016 PDRA season opener next March.
"The racetrack was successful, and my race team was successful the last part of the year," Haney said. "We've got some exciting news that will come out later on. We're looking forward to next year."

Posted by Keith Haney Racing at 5:51 AM No comments:

Read more »
Posted by Keith Haney Racing at 6:11 AM No comments:

Keith Haney hoping to make sweet
music at Memphis Drags
MEMPHIS, Tenn. (Aug. 21) -- Keith Haney and his Keith Haney Racing team are ready for the other Pro Nitrous teams to sing the blues during the PDRA Memphis Drags this weekend at Memphis International Raceway.
Haney is coming off a spectacular performance in the Throwdown at T-Town last weekend at Osage Casino Tulsa Raceway Park, where his Lucas Oil/RacingJunk.com Camaro qualified No. 2 and raced to the final round. Now, he's looking to improve that by one spot in Memphis.
"We're ready for 'em," Haney said. "We've got a good hot rod and things are going our way. I've been having some good, consistent passes, and this Reher-Morrison motor is doing some serious mph. The team's doing great."
With a race car set up by Brian Switzer and chassis tuner Brandon Pesz, Haney nearly grabbed the No. 1 qualifying spot in Tulsa. Still, Haney knows he has a package that can compete for the victory in Memphis.
"Things are going really, really well," Haney said. "We had the Throwdown in T-Town last weekend, and we were the No. 2 qualifier. We would've been No. 1 but we broke a transmission in the best session, Q2.
"We had a consistent car that went down the track every pass, and we ran low e.t. every pass against the field."
In the final against No. 1 qualifier Jim Sackuvich, Haney left a tick too soon to red-light.
"I went .007 red," Haney said. "My average light had been a .012 during qualifying and racing. It was just a great weekend."
A highlight of the race weekend was a tribute to longtime track announcer Brian Olson by Haney and Sackuvich.
"We did a moment of silence, and Sackuvich and I did a half-track burnout with side-by-side backups," Haney said. "And we ran down the racetrack side by side. It was a nice tribute to Brian."
Haney is racing in Memphis without his family, who is back in Tulsa to watch son Logan play football Friday night. Haney will race three qualifying sessions Friday, with one more Saturday before eliminations begin.
"We did have one little issue during testing, but thank God for Lucas Oil," Haney said. "We left an oil-pump belt, and we went 3.90 at 196 mph with no oil pressure. Thank God for that new zinc Lucas Oil; if it wasn't for that, that motor would've come apart, but we didn't hurt a thing." 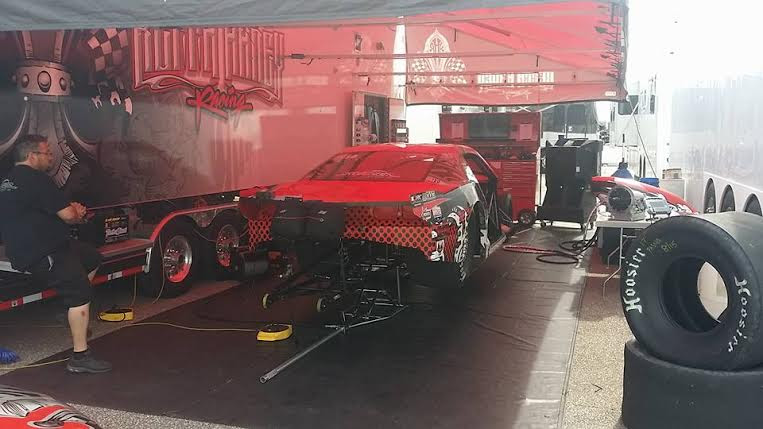 Posted by Keith Haney Racing at 5:37 PM No comments:

MECHANICSVILLE, Md. (July 17) -- Keith Haney will be racing his Lucas Oil/RacingJunk.com Pro Nitrous Chevrolet in the PDRA North-South Shootout this weekend at Maryland International Raceway, but part of his focus will be away from his Keith Haney Racing team. 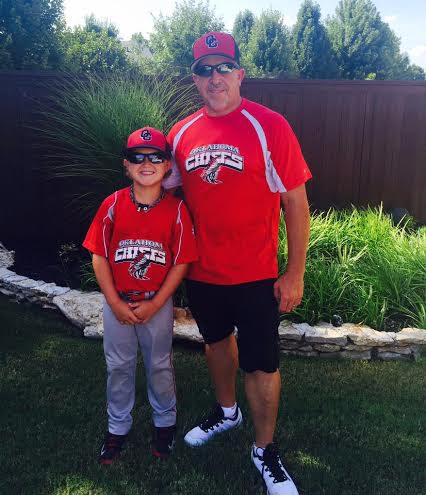 Haney's son, Logan, will be participating in an 8-and-under World Series baseball game back home in Oklahoma. Haney is an assistant coach for Logan's Oklahoma Chiefs, and it pains him not to watch his son play.

Haney was able to attend opening ceremonies for the World Series on Wednesday before departing for Maryland. Logan's team made the state championship game while Haney was racing in Martin, Mich., three weeks ago.

"I was in Martin for the state championship, and I'm going to be in Maryland when my boys play in the World Series," Haney said. "We've both got the same common goal: I need to win a race and his team to win the World Series. Hopefully we both do it."

Haney actually made it home in time to watch Logan's state-title game after trouble in qualifying in Martin. The engine in Haney's Camaro was damaged after he mistakenly left in 2d gear following a long, weird staging process.

Haney ended up on a single run, but the Christmas Tree needed to be manually tripped in the other lane -- after Haney sat in the staging beam for several seconds. Still, despite hurting the engine, Haney left with a .0002-second reaction time.

"Normally, that doesn't happen," Haney said. "But we ended up hurting the motor, and we didn't have a spare set of heads. The motor is brand-new, so it's not like they have a whole bunch of spares yet."

"Just in time to make it to my son's state championship game," Haney said. "I guess everything happens for a reason."

The Reher-Morrison Racing Engines motor has been fixed, and Haney is aiming high in Maryland. With Brandon Switzer tuning the engine and Brandon Pesz tuning the chassis, Haney has all he needs to run well.

"Larry Jeffers built me one bad-ass race car," Haney said. "Now I've got the power underneath the hood to be No. 1 anywhere I go. No more pretending: I'm a contender."