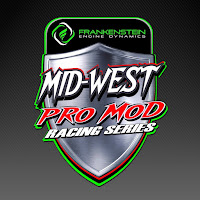 announce Stroud Safety has been named the official safety gear supplier for the inaugural Elite 16 $50,000-to-win Pro Mod event Nov. 1-3, at the Texas Motorplex, near Dallas.


"There's nothing more important in drag racing than safety and Stroud Safety has been a leader in the field for more than two decades," Elite 16 promoter Keith Haney said. "Everything about this Elite 16 race is top-notch and having Stroud Safety on board is just one more example of the first-rate support we're seeing from the racing community."

Stroud Safety representative MJ ("Everybody knows me as just MJ."), said that as a longtime supporter of Haney's MWPMS, it just made sense for Stroud to also join the Elite 16 sponsor list.

"I think that Keith is a real showman when it comes to rolling out the red carpet," she said. "He's really good at showing appreciation to sponsors and supporting us in all that we do. So I thought, why not just keep riding a winning horse?

"Plus, I just love Pro Mods," MJ added. "In fact, the license plate on my car says 'Pro Mod,' so I really am a big fan of the class and the racers. They're a great group of guys. Most of them are middle-class racers and those tend to be our core customers."

MJ said she plans to attend the Elite 16 event and can't wait to see who hoists the $50,000 winner's check in the Motorplex winner's circle.

"I'm looking forward to it. I'm hoping to see some friends there--and if not, I'll make some new ones! It's always fun to have some fun at the end of the year."

Adding to the exclusivity of the event, spectators will be limited to only 500, with tickets available for purchase in advance via a link on the MWPMS Facebook page and MidWestProModSeries.com. However, Chad Reynolds of Bangshift.com will be on site all weekend long providing a live online feed of all the action free of charge to fans at home.

For updated information and details please visit the MWPMS website at www.MidWestProModSeries.com or the series’ FaceBook page at www.facebook.com/midwestpromods. Pro Mod teams interested in entering the Elite 16 event should visit www.texasmotorplex.com/elite16.

ABOUT THE MID-WEST PRO MOD SERIES
The Mid-West Pro Mod Series (MWPMS) is an all-eighth-mile, no-profit organization that typically competes during each host track’s biggest event of the year. Its appearance is entirely funded by sponsorships passed along to benefit the host tracks (typically about $10,000). The Mid-West Pro Mod Series also provides trackside sponsor banners to be displayed at each event, on-site PA sponsor announcements, and links to each company on the MWPMS website (www.MidWestProModSeries.com), plus an extensive social-media presence, texts and e-mail blasts, and commercials during all events.
Posted by Keith Haney Racing at 11:50 AM 1 comment:

and the Tulsa-based new car dealer recognizes his confident, outgoing personality and willingness to verbally mix it up may sometimes rub a few competitors the wrong way.

After making his debut in the NHRA E3 Spark Plugs Pro Mod Series as a teammate to three-time series champion and eventual race winner Rickie Smith this May in Topeka, Ks., Haney says he's adopting a different approach Sep. 21-23, for the AAA Insurance NHRA Midwest Nationals at Gateway Motorsports Park.

"I hope to go out and take care of business like I have in every other series I've raced in," he says. "Everywhere else I've talked smack and done okay, but in Topeka I didn't quite back it up so I've got a different outlook going into St. Louis. Chris Blair and his staff do a great job and I love that track and usually do pretty good there, too, so that's what I'm going to focus on."

A veteran driver who also owns, promotes and competes in the all-eighth-mile Mid-West Pro Mod Series, Haney laid down a solid 5.90-seconds pass at 245.60 miles per hour over the quarter mile at Topeka, easily representing the quickest and fastest he’d ever been. Still, it wasn't quite enough to keep him in the 16-car raceday field.

"We had a decent race in Topeka. I learned a lot and actually had a faster car than Rickie to the eighth (mile), but

a little driver error just slowed us down," Haney admits. "But I know what I did wrong and we're going to do a little testing the week before St. Louis. With the help of Rickie and my crew chief, Brandon Switzer, I feel very confident we'll be racing on Sunday this time around."

Unfortunately, though, Haney's busy lifestyle will force him to miss No Mercy 9, a major eight-mile event for drag-radial cars presented by promoter Donald "Duck" Long that he'd planned to attend Sep. 27-30, at South Georgia Motorsports Park.

"We have a brand-new Honda dealership that's about to open and a new Chevy store we're building; my daughter just went off to college; I'm coaching 6th-grade football; just bought some property and about to start building a new shop and house, so I've got a whole lot going on, a lot to do," he explains.

"I'll also be racing in the NHRA Pro Mod race down at the Texas Motorplex; the Mid-West Series World Finals is coming later in October at our track in Tulsa, and then of course we have the Elite 16 $50,000-to-win race back at 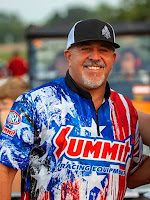 the Motorplex at the start of November. I mean, Duck does a great job and I love his races and the fans in Georgia have been just unbelievable to me, so I really hate that I'm going to miss this one, but I've just got so much going on right now that something's gotta' give."

TULSA, OK (Sep. 8, 2018) – Just qualifying for the inaugural $50,000-to-win Elite 16 event presented by Elite Motorsports and the Tulsa-based Mid-West Pro Mod Series (MWPMS) is already guaranteed to be one very cool accomplishment. Thanks to Chilly Willys Engine Coolers, each of the 16 quickest Pro Mods at the famous Texas Motorplex Nov. 1-3, will be known as a Chilly Willys Qualifier. Additionally, Jim Phillips Collision Center of Evansville, Il., will be paying a bonus to the number-one starter. 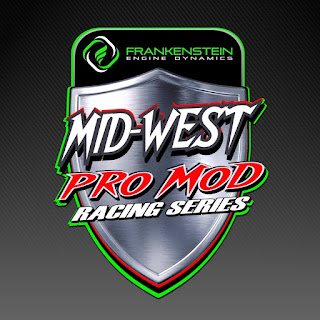 “When Keith (Haney, Elite 16 organizer and promoter) came to me with the idea, I was all for it right from the start. I like to support guys who give back to the sport, who know what it takes to run these cars, and Keith is definitely someone who knows all about that,” Chilly Willys owner Brian Shaw said. “He’s paying a good purse, which is few and far between in Pro Mod racing, and I really appreciate that. So I’m glad to help out.”
Based in Moseley, Va., Chilly Willys builds a compact engine cooling unit that manufactures and recirculates its own cold water, to as low as 39 degrees Fahrenheit without any need for ice. It requires only water and a 110-volt power source to work between rounds, with a digital L.E.D. display making it easy to preset a desired water temperature. A single Chilly Willys unit works quickly enough to individually cool even a multi-car team between rounds. 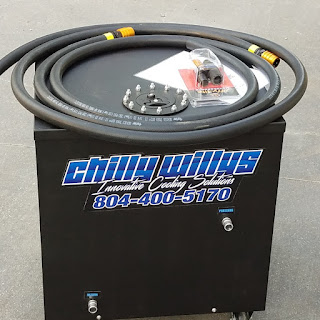 “A cooler engine allows you to run a little more timing, burn a little more fuel, and the cooler an engine is, it lessens the detonation,” Shaw explained. “We can cool the water down to 39 degrees, which is cooler than anyone would need right now, but you can set it to anywhere from 39 to 150 degrees, wherever you want.”
Shaw said he decided to start building the Chilly Willys cooler seven years ago after growing tired of spending up to $10 per bag of ice at race tracks just to cool his car’s engine between rounds. “We were using maybe 20 or 30 bags, sometimes more, so I was spending up to $400 per race just on ice and then you had to go find somewhere at the track where you could dump all the water when it melted. I just thought there had to be a better, cheaper way.”
Jerry Bickel Race Cars, which will be on hand at the Motorplex during the Elite 16, and Sonny’s Racing Engines are Chilly Willys’s biggest distributors. In addition to several MWPMS regulars, Shaw now counts NHRA Pro Mod and Pro Stock, PDRA Pro Boost and Pro Nitrous, NMCA Pro Mod, and several regional Pro Mod and Sportsman racers among his loyal customers.
“I have a Chilly Willys for my two race cars and it just makes cooling down between rounds so much faster and easier,” said Haney, who plans to compete in the Elite 16 with “Notorious,” his nitrous-fed 2014 Camaro Pro Mod. “It really is a great product and I’m looking forward to being a Chilly Willys Qualifier.”
New for this year with Chilly Willys is an integrated transmission chiller. Shaw said he always offered a separate transmission chilling unit, but new versions of his product incorporate it within the approximately two-foot-square cube. Models specifically designed for automatic transmissions with nitromethane motors and automatics with alcohol-burning engines for blower and turbocharged combinations are also now available.
“The old transmission chiller was quite large and made everything quite a bit more expensive, but now with it in the box it can be made a lot less expensive while still being a top-quality product and still able to easily fit under a counter,” he said.
Despite winning the season-opening PDRA event in North Carolina with veteran driver James Hancock III behind the wheel of his nitrous-boosted ’69 Camaro, Shaw said they unfortunately will not be Chilly Willys Qualifiers this year.
“It’s a little too far for us at the end of the year … and besides, Keith Haney does not want us coming out there and whipping his butt!” he added, laughing. “But seriously, I want Keith to get all the credit he deserves for putting this race together. I appreciate it and I hope everyone else does, too. For someone to put his neck out there and pay this kind of purse to Pro Mod racers is just awesome.”
The Elite 16 will officially open with two rounds of qualifying Thursday evening, Nov. 1, with a whopping six additional rounds of qualifying scheduled throughout Friday, and eliminations set to begin at 10 a.m. Saturday. Adding to the exclusivity of the event, spectators will be limited to only 500, with tickets available for purchase in advance via a link on the MWPMS Facebook page and MidWestProModSeries.com. However, Chad Reynolds of Bangshift.com will be on site all weekend long providing a live online feed of all the action free of charge to fans at home.
For updated information and details please visit the MWPMS website at www.MidWestProModSeries.com or the series’ FaceBook page at www.facebook.com/midwestpromods. Pro Mod teams interested in entering the Elite 16 event should visit www.texasmotorplex.com/elite16.
—END—

ABOUT THE MID-WEST PRO MOD SERIES
The Mid-West Pro Mod Series (MWPMS) is an all-eighth-mile, no-profit organization that typically competes during each host track’s biggest event of the year. Its appearance is entirely funded by sponsorships passed along to benefit the host tracks (typically about $10,000). The Mid-West Pro Mod Series also provides trackside sponsor banners to be displayed at each event, on-site PA sponsor announcements, and links to each company on the MWPMS website (www.MidWestProModSeries.com), plus an extensive social-media presence, texts and e-mail blasts, and commercials during all events.
Posted by Keith Haney Racing at 2:35 PM No comments: