Tulsa, OK (Sep. 2, 2017) - Drag racing is a sport built on passion, but passion alone can't keep the lights on, employees paid and the track gates open. For that a track needs to be profitable, offering a facility and events that make its customers-racers, fans and sponsors-want to come back time after time. That's why Osage Casino Tulsa Raceway Park co-owner Keith Haney helped create the Mid-West Pro Mod Series (MWPMS), a professional drag racing organization that delivers a generous sponsor package, star drivers, immaculate cars and an unrivaled eighth-mile show to complement each host track's special event. 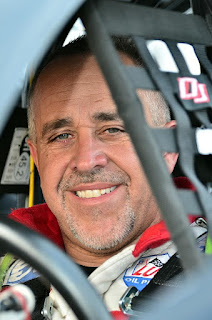 "We're not trying to be the whole show, we want to come in and help boost a track's already established event, such as their Night of Fire or Labor Day race, things like that," Haney explains.

"Our goal is to help the race tracks make money, pure and simple, or at least not to lose money when they feature a class, because what happens is if they start losing money on a class, any class, they stop having it and there's no place to race anymore. So now, if we go in and try to help these race tracks, who's winning? They are, and we are. It's a joint effort between the two."

In addition to providing 16-plus, outstanding Pro Mod entries, the Mid-West Pro Mod Series brings to each host track at least $5,000 (up to $10,000 in 2018) in sponsorship money, its own tech inspector, a professional live feed operation and the formidable reach and frequency of a sophisticated online marketing presence.

The racing facility only needs to provide track prep, the MWPMS racers' purse, hotel accommodations for the tech inspector, and accommodations and a car for the live feed crew. However, the track also keeps 100 percent of all MWPMS car and crew entry fees, plus any applicable testing fees the day prior to an event and whatever extra spectator revenue is associated with a Mid-West Pro Mod Series appearance.
"We're working with a track right now that has a big weekend show that attracts 35,000-plus fans over the weekend and figure if they add us and we attract just a couple thousand more at $20 each and the average fan spends about 50 bucks on souvenirs and concessions, that's another potential $140-thousand, $150-thousand in revenue," Haney estimates. 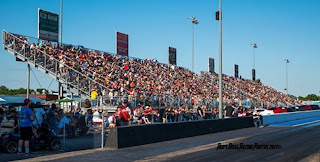 According to Haney, that's what it's all about for the Mid-West Pro Mod Series. In fact, he insists he doesn't even want to profit on his end; it's all about promoting the class and helping make sure tracks are able remain solvent and open for the future.

"I don't want to make a penny off this, but I also don't want it to cost me anything," he adds. "Every dollar we go get, none of it goes in my bank account or in anyone else's bank account; everything goes straight into the organization. And if there's any money left at the end of the year, we'll just give it to the racers and/or the race tracks, because we don't want to pay any taxes on it. We'll figure out a way to give it away, because we honestly don't want it."

In addition to its thrilling show for fans and a great-and profitable-attraction for tracks, the Mid-West Pro Mod Series provides an outstanding value for series and event sponsors who can expect to receive trackside banners displayed at each event, links to each backing company on the MWPMS website, plus an extensive social-media presence, which now extends to more than 100,000 targeted users and continues to increase with e-mail blasts and commercials during all events.

The Mid-West Pro Mod Series also protects its sponsors' investments if an event doesn't happen for any reason by refunding sponsor payments for the affected event or allowing a carryover to the next MWPMS event (minus any event-specific costs already incurred).

The Mid-West Pro Mod Series continues to book appearances for this season, but already is looking forward to 2018. Haney points out that Tulsa Raceway Park and Gateway Motorsports Park near St. Louis are each on board for a pair of MWPMS appearances next year. He also emphasizes if a track prefers to add a major Radial vs. The World-type show, X275 and MX235, plus a 4.70 index class to an event, the MWPMS can handle that request, too.

"I don't care about anything but helping to make drag racing great again," Haney says. "More so Pro Mod than anything; I want to see it succeed and grow the way it should, but I do love radial racing and we'd be happy to bring that to a track, too. It really is up to the race tracks to decide how we can help them make money while giving their fans the best show possible. And we can help them, I'm very confident about that."
The next scheduled appearance for the Mid-West Pro Mod Series is Sep. 22-23, during the annual

Night of Fire event at San Antonio Raceway in Texas.
Complete MWPMS rules are posted on the organization's website (www.MidWestProModSeries.com).
Haney can be reached via e-mail sent to keith@midwestpromodseries.com or by phone at (918) 260-6565.
ABOUT THE MID-WEST PRO MOD SERIES
The Mid-West Pro Mod Series is an all-eighth-mile, no-profit organization that typically competes during each host track's biggest event of the year. Its appearance is entirely funded by sponsorships passed along to benefit the host tracks (typically about $6,500). The Mid-West Pro Mod Series also provides trackside sponsor banners to be displayed at each event, on-site PA sponsor announcements, and links to each company on the MWPMS website (www.MidWestProModSeries.com), plus an extensive social-media presence, e-mail blasts and commercials during all events. Complete class rules are posted on the MWPMS website. 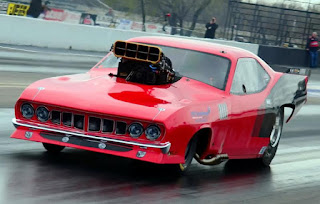